ourtemple29302 / Education, From Our Rabbi, News and Announcements, Worship /

As I am preparing to teach a mini-course on God (a fairly broad subject p. 5), I have come to see how glibly folks toss about the idea of the Divine being responsible for blessings. Curious assertions such as “I prayed to God and the tornado in my town spared my home!” or “God has blessed me all the days of my life!” (a favorite of televangelists) or when I was watching the suspenseful moon landing, my devout Christian boss said, “They will land only if God wants them to! Not the science of course or Armstrong’s skill as a pilot made the difference. This antique view of course is matched by a series of curses that can also be traced to the Holy One. My favorite curse came from one-time presidential candidate and TV 700 Club evangelist Pat Robertson. When that awful Hurricane afflicted New Orleans claiming the lives of hundreds and causing untold pain to thousands of its citizens this Bible thumping self-appointed prophet claimed how God was displeased with the gay population in that city. Ergo, God’s curse-filled wrath poured forth. The fact that the neighborhoods inhabited by a largely gay presence was the least affected by the hurricane could only have meant that God had bad aim.

In the cited quote from the Seven Beggars written by Rabbi Nachman of Bratislav, a young couple is visited every day for a week by a well-meaning man with a deformity. One could not see, another was blind, one more was lame, and so forth. But, each brought with him a blessing which could be traced to making what would seem to be a curse into something good. The blind man claimed he could now see with his heart and the deaf man better understood the cries of the world. He cleverly noted as well in his narrative how too many blessings can become a curse. Ergo, “There was much muchness!”

The Jewish view of the flip side of blessings, curses, is informative. Under the category of “If you don’t laugh then you will cry!” Yiddish folklore absorbs life’s pains with a touch of whimsy making our sufferings more tolerable. Here are a few of my favorite curses that one might wish to have inflicted on an adversary.

May all your teeth fall out but one – and may that one have a tooth ache!

May you win the lottery – and spend it all on hospital expenses!

May you prosper selling candles and then may the sun never set!

May you be like a chandelier – hang by day and burn by night!

Summertime and the living is easy – so we hope and pray that whatever burdens you have you will take heart from the Yiddish proverb. “God gives us burdens, but he also gives us shoulders to carry them!”

Blessings only to you and yours, Rabbi Yossi Liebowitz, D.D.

ourtemple29302 / From Our Rabbi, News and Announcements /

Does God have a body? Is God able to create a stone too heavy for himself or herself to lift? Is He/She male, female or hermaphroditic? Does he have a wife, a husband? A significant other? Throughout the centuries religious traditions from east to west have depicted the Divine in moving and troubling ways. Questions about Divine justice, omnipotence, omniscience, transcendence and immanence are but a few of the concerns addressed. Not for the weak of spirit or minds and hearts that are closed! Students will need to purchase: The Life of God (as Told by Himself) Paperback – November 8, 1997, by Franco Ferrucci (Author, Translator), Raymond Rosenthal (Translator) 4.1 out of 5 stars.

We will be having a short general meeting of the sisterhood with the date and time TBA in Temple Topics.  The proposed by-law revisions will be
presented for discussion and hopefully approval.

I hope to keep the business part very short, so we have time to visit and catch up with one an- other. It would be wonderful if, after the business meeting, we had volunteers to help explain the game of Ma Jong to us neophytes who are clueless but would like to learn.

We plan to have a potluck lunch. Bring whatever you would like to share -or just yourself.

Sisterhood is the heart of the temple and we have lost contact with each other during Covid. We need to come together to reconnect our lives. Please come for the meeting so that we can have a quorum for the business and visit with each other. 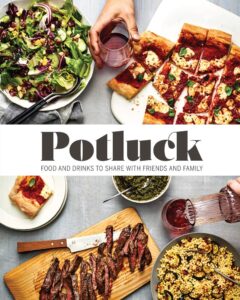 It is no secret in my family that I LOVE summer, especially a South Carolina summer. I can find something I love about every season, but summer has my heart.

Whatever it is I just LOVE summer.

This summer I am looking forward to enjoying several hobbies such as reading several books (pre-selected and lined up on a shelf), needle- pointing (a hobby I literally cannot wait to do in the evenings), sketch- ing and perfecting my not so perfect calligraphy skills. Maybe just maybe there will be time to do all these things along with my daily responsibilities because summer is simply summer, the season where days are long and time seems to move slower.

Even though it is summertime, our Temple is still open and offering several things to be involved in during the month of June. Please check our calendar and if anything interests you, please join our Rabbi and others who make our fellowship and activities possible.

I wish you all a happy, safe and relaxing summer! 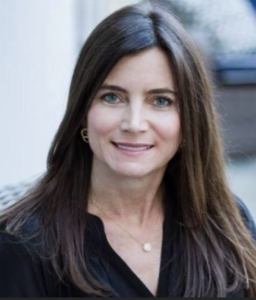 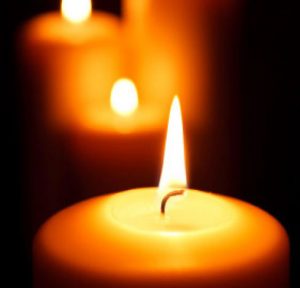 ourtemple29302 / Education, From Our Rabbi, News and Announcements, Worship /

“Bonding with a Tzaddik, in order that the force of being of the Tzaddik’s soul should influence the imperfect soul [of the follower] is a very respectable matter in the process of spiritual growth. However, it requires great caution. If the follower should err regarding a Tzaddik and cling to his inner essence, he will also be adhering to his faults. These blemishes may sometimes be more detrimental to the follower than to the original soul [of the Tzaddik].”

Elon Musk, Will Smith, Johnny Depp, the Kardashians – these are but a few of the names that occupy the attention of our social media. From Elon Musk who is twittering about with free speech, to Will Smith whose slap was seen and heard around the world to Johnny Depp who domestic life is paraded before us to the Kardashians who, as the quip would have it are famous for being famous – all these really have little, if anything to do with my life. And yet, the energy expended in focusing on them is as baf- fling as it is inane. The above quote offers some perspective on our celebrity culture and its incessant preoccupation with personality.

Having just emerged from our Passover celebra- tions it is remarkable to note that the traditional Haggadah hardly mentions Moses if at all; such was our heritage’s posture to emphasize a focus on God and not on an intermediary. Other faiths depend greatly on extolling and imitating the virtues of ancient worthies as the central path to meaning and even salvation. Such was not our Jewish inclination.

The Rabbi of my youth, Rabbi Feinstein played down his role as exemplar. A modest man, he would quip; “Don’t do what the Rabbi does but what the Rabbis have taught us to do!” Our culture is one that is built on distraction, pointing us to consider such things and personages which have so little to do with our inner spiritual lives. I am as much a political junkie as anyone and yet, I have come to realize how very draining the news has become. No sooner is an election over then the prognostications of the future contests begin. We are polled to exhaustion.

Often lost in the holiday Spring observances is the counting of the Omer which begins on the second day of Passover; a forty-nine-day observance that is concluded with the holiday of Shavuot. Shavuot, one of our three ancient pilgrimage festivals (Passover and Sukkot being the other two) is both an observance of gratitude for the spring growth and the sustenance so pro- vided, and an historical reminder of Matan To- rah, the giving of Torah at Sinai. In no small way the holiday of freedom, Passover is only Act I of this seven-week experience. That experience begins with expressing gratitude for freedom and concludes with a clarification that freedom is meaningless without the bounds of Tradition and observance. The mystics of our heritage impelled us to engage in a deep meditative review of our spiritual inner selves. Much of it was based on the Kabbalistic tree of life and its review of the aspects of the Divine.

So many Jews of my generation and before has sought spirituality elsewhere, perhaps because our communities have failed to communicate in these deeper spiritual pursuits – emphasizing culinary Judaism over prayer and study of Torah. One Shavuot tradition impels Jews to this day to stay up and study Torah all night long until morning, this to make up for what was the neglect of our ancestors at Sinai – they fell asleep as the Ten Commandments were being given.

This season provides us with a challenge and a gift to wake up to our inner selves and our connections to the Holy One of Being.

Rabbi in the Community

ourtemple29302 / Education, From Our Rabbi, Our Congregation /

The discussion will be about the book Off the Edge, by Kelly Well. The book is available on Amazon in these formats: hardcover, audio, and kindle.  Click Here to Purchase 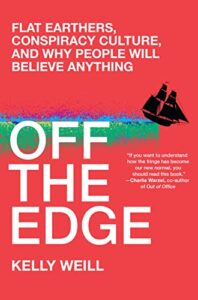