Please join us for Hadassah Sabbath on Friday, March 10 at 7:30 pm as we celebrate the work and philosophy of this organization and the ladies who make it possible. As always, our talented bakers promise to have a delicious Oneg for after services.

The Regional Conference will be held in Charlotte in April. Contact Marilyn Litoff if you would like to attend.

Hadassah National has launched a new program called Each Bite Counts. This is a nutritional program available online at no charge, which provides recipes and suggestions for living a healthy lifestyle. Call Marilyn at 529-0204 for the email information to sign up.

It was fashionable from the 1950’s through the late 1970’s for rabbis to schedule four types of sermons a month; a sermon on Israel and in defense of the same, a sermon on social action, a sermon on anti-Semitism and a sermon on Jewish values as it pertained to human concerns. In recent years I, along with many of my colleagues have found sermons on Israel less easy to give. Similarly, as anti-Semitism has ebbed that option has also, thank goodness, ebbed. We live, as the Chinese proverb would have it in interesting times. In recent days, we have received mixed news. On the one hand, the Pew Research has noted that when it comes to favored and least favored religious groups, Jews by a small percentage are the most favored; nearly 70 per cent have positive about us.

Quite gratifying! That is the good news! However, that leaves some thirty percent who are to put it mildly negatively inclined towards us. On the heels of this report has come alarming news regarding dozens of threats to synagogues, temples and Jewish Community Centers. Hoaxes, notwithstanding, these threats need to be taken seriously, and they are a form of hate mongering. Additionally, one synagogue cemetery has been desecrated with numerous tombstones overturned and others defaced and vandalized. Growing anti-Semitism is, in my judgement connected to the BDS (Boycott, Divest and Sanction) movement which has gained great traction on college campuses. It has become fashionable to become a detractor of Israel focusing on its foibles while ignoring equally ugly moral lapses by many other nations. Leaving aside the political concerns of how effective the BDS movement is, or how justified it is, there is no doubt that Israel is now seen as a pariah among the nations who have established a false equivalency to Apartheid.

Things go in cycles. The rabbis wondered: when the Messiah comes and every day will be a Paradise, that is to say a Sabbath, will we have any need for any Jewish holidays? If everyone, for example would not sin in a messianic age, what would be the need for Yom Kippur? But they concluded that the one holiday we would never abandon is Purim. The sages asserted that the theme of Purim is about the threat to Jews and that threat never ever goes away. As such, constant vigilance is called for. I know that many in this generation do not see Israel as heroic as our parents had. In my own view, Israel is with all its foibles a great nation. We need to assert that greatness even as we maintain the integrity to acknowledge its deficiencies. Without such assertions of its value, anti- Semitism will continue to fester and grow. It will be used to fuel what

Alan Dershowitz called “Judeo-phobia.” We have seen such a proliferation in Europe and it is sadly making its ways to these shores. As the Israel proverb would have it, “We have seen this movie before!”

Wishing one and all, in anticipation of the warmth of spring, the best Rabbi Yossi J. Liebowitz D.D.

Save the date! Purim Prizes and Pizza 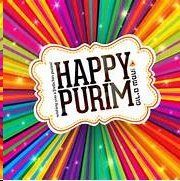 March 11, Saturday, starting at 5 in the afternoon. Games for kids and more. Our very first “Hats Off to You!” contest for the holiest hat and the hat with the most holes. Want to come early at 3:30 to make Hamantaschen? Rabbi could us your help. call the temple.

Try the following link for a hilarious Kermit the frog Purim song. It’s well worth it! Click here!

Join us Tonight for Kabbalat Shabbat!

In Memoriam of Lois Josephs Ely, Mother of Peggy Litoff

We are saddened to let you know of the passing of Lois Josephs Ely, October 11, 1927 – February 19, 2017, mother of Peggy Litoff. Our condolences go out to the entire Litoff Family. We wish them every consolation and sympathy in the days to come.

Our next meeting will be on Wednesday, February 15 at 11 AM at the Temple. We will be discussing our plans for the next few months. Plan on bringing your lunch and staying for the Rabbi’s Brown Bag Lunch at noon.

The drop box for donations to the Safe Homes Network has been located. It has been placed in the cloak room off the main lobby of the Temple. We encourage you to bring soap, shampoo, toothpaste, and similar items whenever possible. When the box is filled, we will take the items to Safe Homes and then begin collecting again.

See you around the
Temple 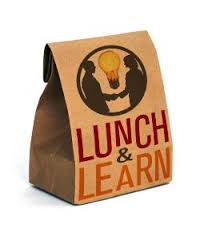 Ever like a poet whose poetry you barely grasp but love anyway? That is how I feel about the late Leonard Cohen’s work. I would like to explore with you his last offerings in his acclaimed work “You Want it Darker.” It is filled with depth-filled Jewish sentiments and abiding humanity.

We are asking everyone to bring (1) one canned good to Temple each time they come. There are many in our community that need your help. Please donate. Thank you.