As we approach Rosh Hashanah and Yom Kippur, we wish you l‘’shanah tovah tikateivu v’teichateimu.   We welcome out of town guests and visitors.  Please call the Temple office for reservations, 864-582-2001.

ourtemple29302 / Education, From Our Rabbi, Our Congregation /

As there are no punctuation marks in the Hebrew Bible we are allowed to creatively insert them, altering the meaning of a verse here and a paragraph there. This has its advantages. I was quite troubled years ago in reciting the last lines of the Birkat HaMazon. “I have been old and I have been young, I have never seen a righteous man forsaken or his children begging bread!”

Is that affirmation at all true?  Who has not seen the innocent hurt and evil folk prosper? How often has this moved us to question God and His/Her justice! My Rabbi Michael Roth of blessed memory solved this dilemma by simply adding a question mark to the statement, thus turning the assertion into a prayer protest, a statement of amazement. “I have been old and I have been young, I have never seen a righteous man forsaken or his children begging bread?”

Reasonably, the sentence that follows makes for a fitting invitation to God to correct worldly injustices: “The Eternal will give strength to His/Her people. The Eternal will bless all peoples with peace!”

In that spirit I have re-punctuated the quote from the psalmist as a query regarding how pleased are we that all our brothers and sisters don’t measure up. I have given many a triumphant sermon celebrating our Jewish accomplishments; disproportionate Jewish Nobel prize awards, contributions to science, literature and more. Yet, with the demise of Jeffrey Epstein, the alleged crimes of Weinstein and a myriad number of Jewish scoundrels I have been forced to confront the fact that my triumphalism is not always balanced.

I remember vividly that many Jews hearing of the assassination of JFK followed their expressions of profound sorrow with the prayer, “Please God, I hope the assassin was not Jewish?” When days later Oswald was murdered by Jack Ruby, a Jew, our apprehension once more returned.

Some time back, one Jewish writer tackled this issue head on, noting our reflexive posture that does not always serve us well psychologically. Her words merit repeating! Shayn McCallum, I am Jewish Feb 20, 2018.

We have a bit of a reflex. It means we do get ashamed when a member of the tribe does something reprehensible.

But, you know, isn’t that strange? Everyone should be mature enough to realize that people are individuals and every people on earth has its embarrassing “black sheep”. Why do we tend to feel so mortified every time we get a Harvey Weinstein, Jared Fogle, or Bernard Madoff? I mean, when was the last time you saw a bunch of WASPs agonizing over what the world will think of them because of something disgraceful done by a white protestant? Why do we feel horror as though our disgraces will be paraded in front of us as a taunt? Perhaps because this is what has always happened to us throughout history. One Jew commits a crime and there’s a pogrom or an expulsion. We do worry about it, even if such a reaction is no longer on the cards.

Jews tend to be held to collective moral standards quite a lot- not just by Non-Jewish society but in our own communities. It makes us anxious to make sure our scandals stay inside the community. Even though, statistically, it is only to be expected that a certain percentage of any population will tend to be not nice people, we feel terrible shame when someone identifiably Jewish is publicly disgraced.

Actually, we need to get over this. Weinstein is a sexual predator and he is a Jew, there is absolutely no connection between these two things. Yet, medieval terrors and traumas die hard, especially when anti- semitism has not gone away.

I invite you to write in your thoughts which will appear (with or without attribution) in our next Temple Topics.

Wishing you a wonderful 5780

Do you remember the joy you felt when you lost your first baby tooth? Do you remember writing a letter to the tooth fairy and leaving your tooth under your pillow for her? Well, I certainly don’t! However, I recently experienced that joy and excitement through the eyes of Eliana, my 5-year-old granddaughter.

Eliana spent the night with us earlier this summer. The first thing she did upon arriving at the house was to show me her front tooth, hanging on by a thread. She was thrilled, thinking that she would soon lose the tooth. We decided to make a tooth fairy money box, a great summertime craft idea (thanks to the Internet).

I didn’t expect the tooth to fall out that evening; however, low and behold, later as she was brushing her teeth, it did fall out. She was so excited. “Nanny, this is the best day of my life! I’ve been waiting so long for this to happen!”

Of course, we wrote a letter to the tooth fairy and put the tooth under Eliana’s pillow. We talked about all the tooth fairy stories. What does the tooth fairy do with the teeth she collects, is there more than one tooth fairy, and why does she only come at night when we’re sleeping. The tooth fairy left her a gold coin
(aka $1.00 coin), leftover from the days when Debby was a believer and was visited by the tooth fairy. You can imagine the expression in Eliana’s eyes when she awoke the next morning. She was giddy with excitement.

I know this is a silly article to be writing, but it was such a delightful experience that I decided to share it with you. Experiencing life through the eyes of a five-year-old…

May you have a sweet year, and a year of good health. May it be a year of abundance of all things important and all things deeply good.

I look forward to seeing you and your family during the High Holidays and at other services and activities at the Temple throughout the year. 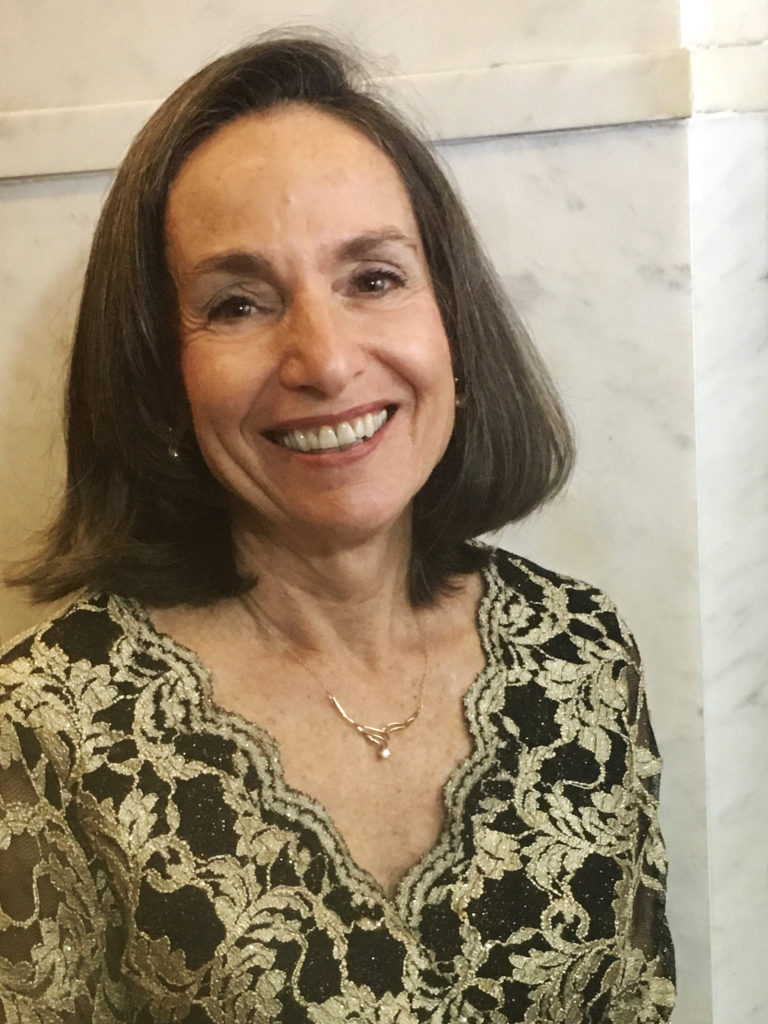