My brother, sister, and I would wait patiently as dad would eventually drive up at the end of a long hot summer’s day in his cab. Exhausted, dehydrated, and hanging on for a few more hours, dad would nevertheless summon the energy to share some of his more colorful tales from the day’s work. On occasion someone famous would hop into his cab – Sean Connery, Vincent Price, just to mention a few. Dad had made a science out of teasing. With chutzpah he would engage whichever celebrity entered into his yellow cab. Once, Joe DiMaggio “Joltin’ Joe” ambled in. Pretending not to recognize him, Dad started to make some uncouth remarks about how lousy the Yanks were doing that summer. “They’re goin’ nowhere this year,” he would intone with no small measure of chutzpah. “They’ll be fine!” DiMaggio retorted. “What the heck do you know?” said dear old dad. “Well,” said the famed Yankee clipper of years gone by (this was 1966 and he was making Mr. Coffee commercials) “I played baseball.” “Really?” said Dad, “who are you!”

“Joe DiMaggio,” came the expected response. “Not possible,” teased my father. “DiMaggio was a skinny good looking kid; you’re a fat old man!” When asked what DiMaggio then did my dad said: “He laughed heartily and then I got his autograph.” Which brings me to the other story of Paul Simon who had annoyed Joe DiMaggio with his lyric from the film “The Graduate, “Where have you gone Joe Dimaggio? A nation leans its tired eyes to you!….What’s that you say Mrs. Robinson, Joltin’ Joe has left and gone away!” DiMaggio thought the song was an insult, believing that Simon had declared him dead. He actually wanted to sue him for libel until it was explained that Joltin’ Joe was a lost figure, a celebrity that all admired, whether they were a Yankees’ fan or a Dodgers’ fan. It did not matter.

As we enter 2020, I can’t help but think about the heroes we have lost, the people we admired who transcended normal discourse. People who made us proud to be Americans! How our country longs for statesmen and stateswomen! Where have they gone? People who put principles over politics. Love of country over party. I am not much for celebrity. “A celebrity is someone who is famous for being famous.” It was not always that way! I grew up reading “Profiles in Courage” and I now wonder when those days will return. When will our political tribalism be checked by a devotion to right and justice? When will decent verbal discourse and eloquence return to the American conversation? In my youth I favored William Buckley’s TV show“Firing line!” It was a thoughtful engagement of issues. While I agreed with perhaps 10 percent of his comments, I never felt anything but appreciation for his thinking, his eloquence and his deportment. On occasion, George Will will resurrect in me similar admiration. In my work on addiction at the Betty Ford center as a 5th step counselor; they would say of some alcoholics that they had “to get sick and tired of being sick and tired.” I pray that the coming year will have us recover from the vitriol and anger that so often masquerades as genuine discourse. As the psalmist declared; “from the depths I call unto Thee!’ 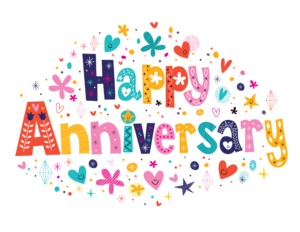 Temple B’nai Israel in the News! 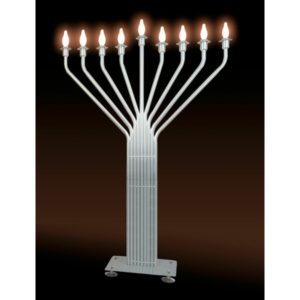 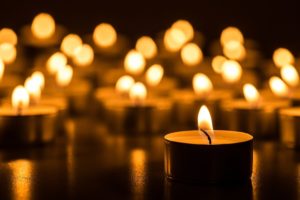