ourtemple29302 / From Our Rabbi, Jewish Life, News and Announcements /

I subscribe widely to magazines. Reflective of my eclectic tastes are included science magazines on astronomy. Recent technological advances have made the creation of powerful earth-bound telescopes even more impressive. How far we have come since Galileo! Greatly impressed by our new marvels would he be, but quite perplexed as infrared means of gazing into the hitherto obscure heavens were unanticipated in his day. As we enter the year 2021, we are bid to take deeper looks at a variety of concerns; safety in a pandemic time, responsible use of resources and our envi- ronment, and endeavors to live in a just society, racially and economically. I would hasten to add the psychological challenge of overcoming the divisiveness that characterizes our social discourse. What kind of non-technological apparatus can we use to mitigate against what one social commentator called the “Argument Culture?” The short form of this interrogative is; how can we agree to disagree?

One of the intellectual stars of our Jewish community is the feminist Susannah Heschel, daughter of Abraham Joshua Heschel, Holocaust refugee, Rabbi, and civil rights activist. When she recently posted a tribute to her late father by African American teacher Cornell West, there was considerable blowback. His tribute included a critique of Israel’s treatment of Palestinians and thus, according to a few, merited a dismissal of all he had written. Dr. Heschel defended the tribute even as she took issue with that aspect of Cornell West’s criticism. She was not willing to jettison all he said because of the one aspect that was off putting. What one might glibly call “throwing the baby out with the bathwater!” To be sure there are men and women who assert some singular position that merits total dismissal. But of late such tendencies have become contagious. From the left and from the right so called Cancel Culture has taken hold. People take one snapshot of a person’s view on some matter and consider it to be the movie of that person’s life. This has further practical consequences to the point that there is banning of men and women from colleges and other public speaking opportunities.

From time-to-time I like having a spirited interchange even thought I prefer a more sober engagement of seeking common ground. But the spiritual path bids me, indeed all of us, to look beyond the one or two disagreements over politics, morality, etc. There are those in my community whose views are diametrically opposed to mine, sometimes to the point of my feeling the need to get “hot under the collar!” A Christian minister whom I admire was once in contention with a member of his flock. Using his Christian language, he said to him: “We don’t have to like each other but we are bid to act lovingly!” Sometimes easier said than done! But the attempt is always worthy!

Our minds, nay our hearts, are like Telescopes. As they filter out the obscurities in the heavens so that a clearer light can come through, so we earthbound mortals must practice a kind of filtration or amnesia in encountering others.

I have missed many of you as we struggle in this pandemic time. In the cold of winter, we have braved drive-in dinners so that we can safely take a glimpse of one another, even as hi tech zoom services and study gatherings continue. In that non-pandemic times, I have yearned for anonymity in public, such as in the grocery store. I found it lovely though and surprising when this week a long time and special member of our temple spotted me so that we were able to connect. In the words of Joni Mitchell – “You don’t know what you’ve got till it’s gone!”

Here is to a wonderful healing 2021! Next year in the sanctuary! 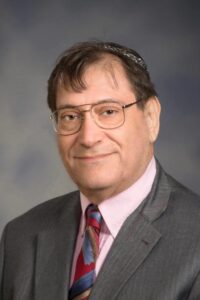