L’Chaim for our March Mensch of the Month, Dot Frank! 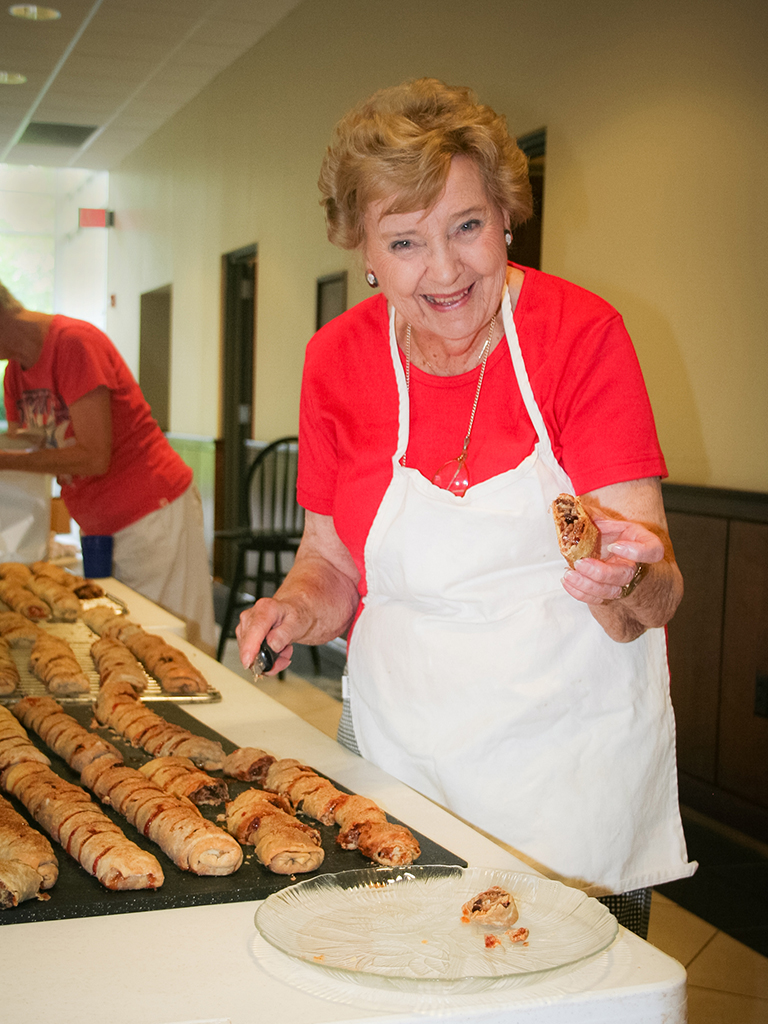 We honor Dot Frank as our first Mensch of the Month.

Dot is a Greer, S.C. native who married Marvin Frank in 1950. She became active in Temple B’nai Israel in January of that year, and converted to Judaism a year later in the old synagogue on Dean Street. Dot was the first conversion officiated by Rabbi Wrubel, who later remarried Dot and Marvin in a traditional Jewish wedding on January 7th, 1951.

Working did not keep Dot from being very active with her congregational family. She was a founding member of Temple B’nai Israel Sisterhood in 1950. Dot recalls that both women and men were active in the synagogue back then, but within their own separate groups. The congregation served not only as a place of worship but provided all social activities for the Franks. Families were very busy with dinners, game nights, entertainment and all Temple functions.

Dot was active in fundraising, participating in the very first Sisterhood Bake Sale. She has baked and worked at each Bake Sale for 67 years! The bake sales started with cheesecakes, and the Sisterhood maintained both a meat and dairy kosher kitchen.

Dot reminisced about the ladies with whom she became like a sister, their “girls’ beach trips,” and the weekend family get-togethers.

“I have had a wonderful life because of the Jewish community,” Dot says. “I appreciate how welcoming the community was and still is. The Rabbi is such a caring and kind man. My family and the Jewish community are the center of my life. The congregation is about family, common values and goals.”