The Farmer’s Almanac dates the “Dog Days” of summer from July 3 to August 11. What are the Dog Days, exactly? They are a period of particularly hot and humid weather occurring during the summer months of July and August in the Northern Hemisphere.

As such they were thought to be time of drought, bad luck, and unrest, when dogs and men alike would be driven mad by the extreme heat. They were named after the Dog Star Sirius, the brightest of all stars in the sky which is part of the constellation Canis Majoris—the “Greater Dog.” The name “Sirius” even stems from Ancient Greek seírios, meaning “scorching.” For the ancient Egyptians, the dawn rising of Sirius (known to them as “Sothis”) also coincided the Nile River’s flood season which contributed to the extreme weather of the season. So far so good!

However, unlike the Egyptians, the ancient Greeks and Romans were not as pleased by Sirius’s appearance. For them, Sirius signaled a time when evil was brought to their lands with drought, disease, and discomfort. How sadly relevant this is in our afflicted times: economic, civil unrest and Covid-19.

I have a friendship with a local Roman Catholic Priest with whom I break bread some three to four times a year. Buoyant and optimistic, he always looks on the brighter side of life, seeking what good can come out of the bad. He is much like the ancient Jewish sage Ish gam zo, who always said “This too is for the best!” I must admit that I struggle, as I am sure you do as well, with the afflictions that have beguiled us these past five months.

Yes, there are great stories of devotion and caring that punctuate these difficult times. Jews have not been reluctant to question the divine, especially when the innocent are hurt and worse. So, we struggle to be like Ish gam zo, trying not to sound like Pollyanna who said “I could have broken the other leg as well!” We take solace from our history in which the Jewish people down and out so many times rose and persevered again and again.

An old saying has it that “Israel does not believe in the stars (astrology) yet there is a star for Israel.” I pray that the Star Sirius will bode shine with bright anticipation of better days for us and all mankind.

Revising an old folk saying, let us live with this hope:

Dog Days bright and clear
Indicate a happy year; But when accompanied by rain, For better times, our hopes will not be in vain. 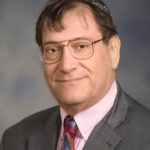