ourtemple29302 / From Our Rabbi, News and Announcements /

In my youth I would watch some WW II films with my Dad. As a veteran of “the best generation” he would more than relate to the shows, commenting on its realism, exaggerations, and zeal. He got a real thrill when John Wayne (Sargent Striker) in the film The Sands of Iwo Jima said “Amen!” after a Jewish G.I. gave forth with his last breath “Shema Yisrael!” I suspect that this made Dad feel included as he was in no small way victimized by anti-Semitism in the Army Air Core in which he served. Watching another film Battleground (starring John Hodiak, James Whitmore, a very young Ricardo Montalban before he became KHAN in Star Trek) Dad would laugh at the jokes that were threaded throughout the film. It puzzled me that in the midst of gunfire, explosions, general death, and ugly mayhem, a jest would be
uttered. “There was always humor,” dad remarked. “Even in the grimmest of times!”

In the spirit of that recollection I was pleased that a reform rabbi Bob Alper, stand-up comedian has freely posted a daily joke that you can get on the internet. It pops up on my g-mail every day. Rabbi Alper looks like Steve Martin and comes off like an old fashion Borscht belt comic. (Above is the web site of a recent TV interview worth watching.)

“It’s no laughing matter!” is a common refrain that often comes up in this very difficult time. That is certainly true most of the time. But as one psychologist put it “Laughter is but our tears veiled!” In that spirit I shared above some of my favorite quotes. I look forward to that time we can laugh together in per- son. That the words of the psalmist may find its way to us once more: Weeping may endure for a night, but joy cometh in the morning. (Psalm 30:5)

P .S.
When will services resume? And what about the High Holy days? Religious School? We are presently as- sessing and discussing safe and reasonable ways to carry on. Stay tuned! Stay healthy! Be patient! 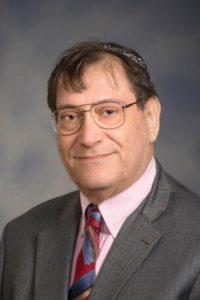 « A Message From Our President » Update from Our Rabbi!