Mayor Junie White is our Mensch of the Months of September and October!

The name Spartanburg, South Carolina brings many things to mind. Some people may think of the large number of colleges we have, such as Wofford, Converse, and USC Upstate. Others may connect Spartanburg with its nickname, Hub City, which refers to the role the city played in the 19th century railroad network in this region of the state. But if there’s one man whose name is easily associated with Spartanburg, it’s most certainly Junie White.

Now in his third term as mayor, Junie is a native of Gaffney. Shortly after graduating from high school in 1957, he joined the Navy and was stationed at Virginia Beach. And a lucky thing that was, too. For it was there that he met Irene, a young Jewish Canadian wom- an, whom he married in 1961.

For just a few months, the couple remained in Montreal, the city of Irene’s birth. After returning to the Upstate with his bride, Junie accepted a job with a local insurance company. One day, while driving down the not-yet-finished interstate highway running just outside of town, he noticed a gas station located on a frontage road that had recently come up for sale. Junie bought the business, though at the time he knew little about fixing cars. But he hired the best mechanics he could find and learned whatever he needed to know directly from his em- ployees. Now in its third location on South Pine Street, Junie’s Exxon station is among the best-known businesses in Spartanburg and Junie White one of the city’s best-known business- men.

Sometime during the late 70s or early 80s, Rabbi Stauber stopped by the station and spoke with Junie about conversion. The idea seemed inviting, realizing as he did that one family should have one faith. But Junie didn’t merely become a member of the Spartanburg Jewish community; he assumed a leading role in the life of the temple, serving for many years on the board, as president, a very generous contributor, and as advisor-at-large to rabbis and congregants alike.

Those of us who have lived in Spartanburg for more than just a few years can remem- ber when it was small and sleepy with a quiet downtown, and not much else. But during Junie’s tenure as mayor, we have seen the city develop in ways that few of us could have im- agined. Morgan Square now bustles with restaurants, clubs, boutiques and other kinds of businesses that earlier, we would have needed to go to Greenville to see. Spartanburg has changed socially in very positive ways, too. Junie is extremely proud of the city’s welcoming culture, making it a place where people of all races, religions, creeds and orientations easily find themselves at home. Much of the credit belongs to Mayor Junie, whose openness, energy and leadership have enabled Spartanburg to grow into what he rightfully says is “one of the finer cities in the South.”

But when asked just what role he played in the Spartanburg Renaissance, Junie replied as one might expect of a man who learns from his employees and makes his wife’s people his own: “I’m just a little part of that.” 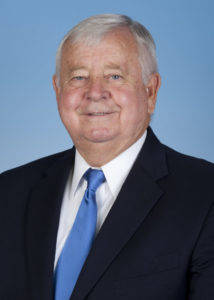