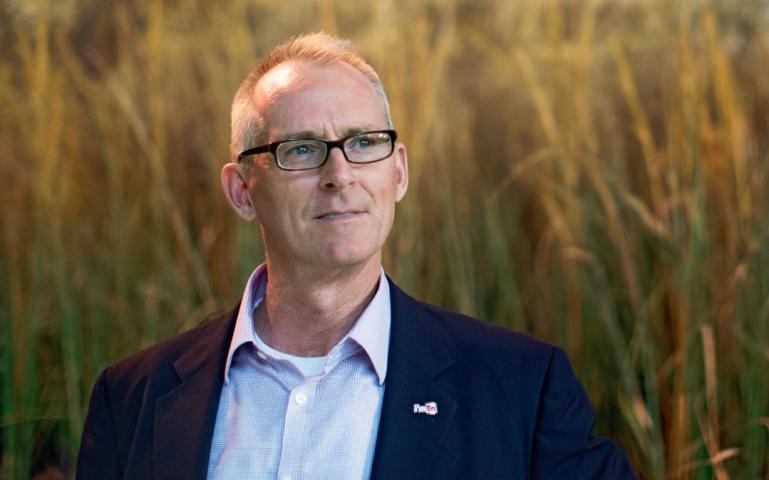 Central United Methodist Church as we welcome
Former Congressman, Bob Inglis for a talk on
Climate Change in America Monday, September 18 at 6:00 pm
Creation Care & a Climate Solution That Could Bring America Together

Bob Inglis was elected to the U.S. Congress in 1992, having never run for office before. He represented Greenville-Spartanburg, South Carolina, from 1993-1998, unsuccessfully challenged U.S. Senator Fritz Hollings in 1998, and then returned to the practice of commercial real estate law in Greenville, S.C. In 2004, he was reelected to Congress and served until losing re-election in the South Carolina Republican primary of 2010.

In 2011, Inglis went full-time into promoting free enterprise action on climate change and launched the Energy and Enterprise Initiative (“E&EI”) at George Mason University in July 2012. E&EI is a 501(c)(3), tax-exempt, educational outreach that lives to demonstrate the power of accountable free enterprise. E&EI believes that climate change can be solved by eliminating all subsidies, including the implicit subsidy of the lack of accountability for emissions. By creating a level playing field in which all costs are transparently “in” on all fuels, E&EI believes that the free enterprise system will deliver innovation faster than government regulations could ever imagine. E&EI supports an online community of energy optimists and climate realists at republicEn.org. You can say you’re “En” on free enterprise solutions to climate change at republicEn.org.

For his work on climate change Inglis was given the 2015 John F. Kennedy Profile in Courage Award. He appears in the film “Merchants of Doubt” and in the Showtime series “YEARS of Living Dangerously” (episodes 3 and 4), and he spoke at TEDxJacksonville. Inglis was a Resident Fellow at Harvard University’s Institute of Politics in 2011, a Visiting Energy Fellow at Duke University’s Nicholas School of the Environment in 2012, and a Resident Fellow at the University of Chicago’s Institute of Politics in 2014.

Inglis grew up in the Lowcountry of South Carolina, went to Duke University for college, met and married his college sweetheart, graduated from the University of Virginia School of Law and practiced commercial real estate law in Greenville, S.C., before and between his years in Congress. Bob and Mary Anne Inglis have five children (a son, 30, and four daughters, 27, 25, 21 and 19). They live on a small farm in northern Greenville County, South Carolina.

Congressional ratings:
93 American Conservative Union
100% Christian Coalition
100% National Right to Life
“A” with the National Rifle Association 0 with Americans for Democratic Action 23 with the AFL-CIO